Everything is A Rich Man's Trick Cliffs 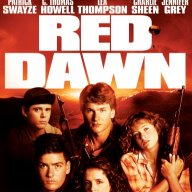 Everything is A Rich Man’s Trick

The film begins with a few film clips, interview with Benazir Bhutto (says Osama Bin Laden was killed by Omar Sheik, she was assassinated in 2007) and JFK’s must watch “The President and the Press” speech from April, 1961

39:00 “I care not what puppet is placed upon the throne of England to rule the Empire on which the sun never sets”

39:40 The Bolshevik Revolution scared the elites, murdering of the Tsars…

41:40 The Dulles brothers wrote the Versailles Treaty= 250 trillion charged to Germany (Allen Dulles, after being fired by Kennedy, ran the Warren Commission)

42:30 Germany hit with hyperinflation, unemployment German economy, stocks crash, internationalists sweep in buy shares cheap, build Germany back up to serve as a bulwark against Bolshevism, setting the stage for World War 11, and the 20th century at large

54:20 “The ruling class in every age have tried to impose a false view of the world upon their followers” - George Orwell

1:02:30 Ford sued the US government for bombing their factories in WW2, and won

1:05:00 Standard oil provided the synthetic for the Lufwaffe, continued to send through Switzerland during war

1:05:20 The Dutch ruling family via Shell provides Hitler with free crude fueling the invasion of their own country

1:07:25 Standard Oil made Zyclon B, agent used in the showers of death

1:26:20 Pre-War, Mussolini jails the mob to protect his power, fast forward to WW11 Sicily/Italy are liberated, mafia put back in charge

1:38:15 Bootlegger Joe made fortune during Prohibition with organized crime- their sons rejected their father’s corruption.

1:39:30 Kennedys and the mob, Joe angers the Jewish mob in NYC, they put a contract on his life so Joe runs to Sam Giancana for protection…Giancana agrees provided he gets political support/cover through JFK

Mob delivers election for Kennedy, JFK friends with Sinatra other mob insiders, but JFK was playing them

1:52:00 Castro shuts down American oil exploration in Cuba, Kennedy wanted to get rid of the oil depletion tax break == Texas oil not happy

Wanted to pull out of Vietnam, J Edgar Hoover investor in oil….enemies everywhere and in high places

2:06:00 JFK gets to Dallas, Secret service agent on Kennedy’s left ordered to stand down (on video, he is clearly dismayed)….notice no one standing in the Grassy Knoll area

2:12:30 Sam Giancana There are no white hats and black hats, that is a notion for saps

2:53:00 Watergate…purpose was to confiscate compromising pictures of CIA agents at Dealy Plaza according to Frank Sturgis

E Howard Hunt goes to jail for Watergate, starts to talk about what he knows concerning JFK assassination

2:58:30 Operation Mockingbird…CIA take over of the media in the 70s

3:16:20 Military is corrupted, rituals conducted for promotions, those who play along rise in the ranks….compromising info gathered, they are controlled, same with politicians

3:23:20 Afghanistan war is about the poppy fields to produce/sell heroine

War is a Racket Smedley Butler

Lots of truth yet don’t trust the producer all the way, think you will see why if you watch it

“I care not what puppet is placed upon the throne of England to rule the Empire on which the sun never sets: The man who controls Britain’s money supply controls the British Empire, and I control the British money supply” - Nathan Rothschild

“There are no white hats and black hats, that is a notion for saps” – Sam Giancana

The 20th century and beyond as foretold by Albert Pike = World War 1 to bring down the Czars, certain houses of the European aristocracy, World War 11 to build up communism as antithesis to Judeo-Christian world, World War 3 Middle east Zionists vs Islam where both destroy each other , exhausting all factions and nations that join the fight on either side, ushering in nihilism and communism. Godless Communism will be an abject horror show, and the people will come to Luciferianism

Chronologically, he goes back to 1833 with the formation of Skull and Bones and then moves to the robber barons who were financed and thus controlled by the Rothschilds.

At the turn of the century the financiers + the robber barons/industrialists control usher in the federal reserve system to consolidate their control. They can control governments and finance war with debt

Following World War 1, German wrecked by reparations via treat of Versailles, written by Allen and John Foster Dulles. Industrialists move in and finance Germany’s rebuild to make it into t a bulwark against Bolshevism

The film posits 6-8 shooters were in Dallas with the kill shot being fired from a storm drain below the street, explaining “back and to the left”

AS is widely known Joe Kennedy was closely involved with organized crime; early 50s Joe angers the Jewish mob in NYC, they put a contract on his life Joe runs to Sam Giancana for protection…Giancana agrees provided he gets political support/cover through JFK

Mob delivers the election for JFK in 1960

Kennedy wanted to get rid of the oil depletion tax break, pull out of Vietnam, J Edgar Hoover investor in oil

Used for surveillance, war, invasion of Afghanistan for the poppy fields to produce/ sell heroine

Thanks for the cliffs. This is on my watch list when I have 3+ hours to sit & check it out.

Thanks for the break down @Cincinattus91!

US judge strips insurrectionist of his public office for violating the 14th amendment!

Customer flabbergasted that she had to pay a 3.5% surcharge on her bill

Have we ranked guitarists?
2