Faucian Bargain- Make sure to order your copy 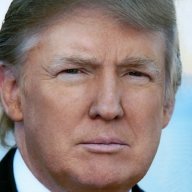 Steve Deace and his team have the #1 book in America out right now.

Description:
"Can liberty survive in the hands of one all-powerful, unchallenged, and unelected bureaucrat?

It wasn’t too long ago that the average American didn’t know who Anthony Fauci was. Now, after the coronavirus has spread nationwide, he’s arguably the most powerful bureaucrat in American history. But is it dangerous for a free society to concentrate so much power in the hands of an unelected official? Who or what holds Fauci accountable?"

Steve is from Glenn Beck's network The Blaze and is a great, god fearing man. Steve and I have exchanged messages before on LinkedIn and I can say he really is a humble man. In 2016 he was a never Trumper and didn't vote for Trump. But like Glenn Beck, he has since seen the light and in 2020 was an avid supporter of President Trump.

Below is the link to purchase the book. I know, I know it is Amazon but those bastards have 83% of the book market so in terms of having options for paperback at the cheapest price with fast shipping I decided to link them.

Why I want to exterminate the American people

UK to make cat-calling illegal. Punishable by 2 years in prison