The Federal Aviation Administration has placed a two-week flight restriction along a bridge at the southern border inundated with thousands of illegal immigrants, which prevents reporters from flying drones to document the crisis.

Melugin added that Fox News has been using drones for months and there has never been an issue.

"We have reached out to the FAA to ask for clarification on why this TFR was implemented," Melugin tweeted. "We haven’t heard back yet. Will update if/when we do."

Over 8,000 migrants are currently waiting underneath the International Bridge in Del Rio, Texas, waiting to be apprehended and processed after crossing into the United States illegally. Sources tell Fox News that the situation is "out of control" and that the border patrol is overwhelmed.

Meanwhile, a law enforcement source said that a large majority of the migrants are Haitians and more are arriving at the bridge by the minute.

It is the latest scene of chaos at the border as the Biden administration continues to struggle to handle a continued and relentless migrant surge, which has overwhelmed authorities and led to Republican claims that the administration’s immigration policies are to blame.

The FAA's decision to ban drones from flying earned immediate criticism from conservatives on social media, including from Republican Sen. Tom Cotton.

"What a coincidence," Cotton tweeted. "The FAA better be ready to explain to Congress why they're suddenly blocking the media from covering Biden's border crisis."

Customs and Border Protection (CBP) announced Wednesday that there were 208,887 migrant encounters in August, a slight decline from the 212,000 encounters in July and the second month in a row where the number of encounters breached the 200,000 mark. Fox News first reported the numbers.

The Biden administration has blamed the Trump administration for sealing off legal pathways to asylum, while pushing a strategy that includes a strong focus on tackling root causes like violence, corruption, and poverty in Central America.

Republicans have blamed the Biden administration’s rollback of Trump-era policies like border wall construction and the Migrant Protection Protocols. Republicans immediately pointed to the footage as proof that the Biden strategy is not working.

Link to article at Foxnews.com 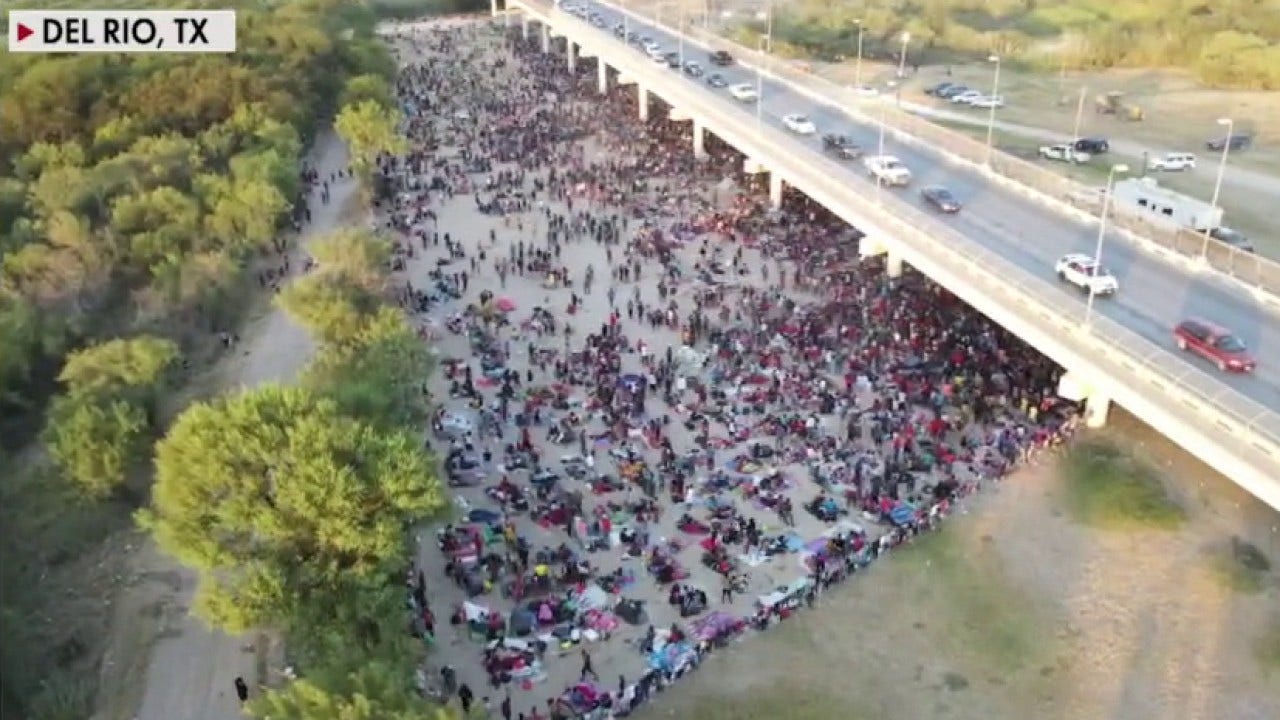 The Federal Aviation Administration (FAA) on Thursday night placed a two-week flight restriction along a bridge at the southern border inundated with thousands of illegal immigrants, which prevents reporters from flying drones to document the crisis.

The Effects of Illegal Immigration